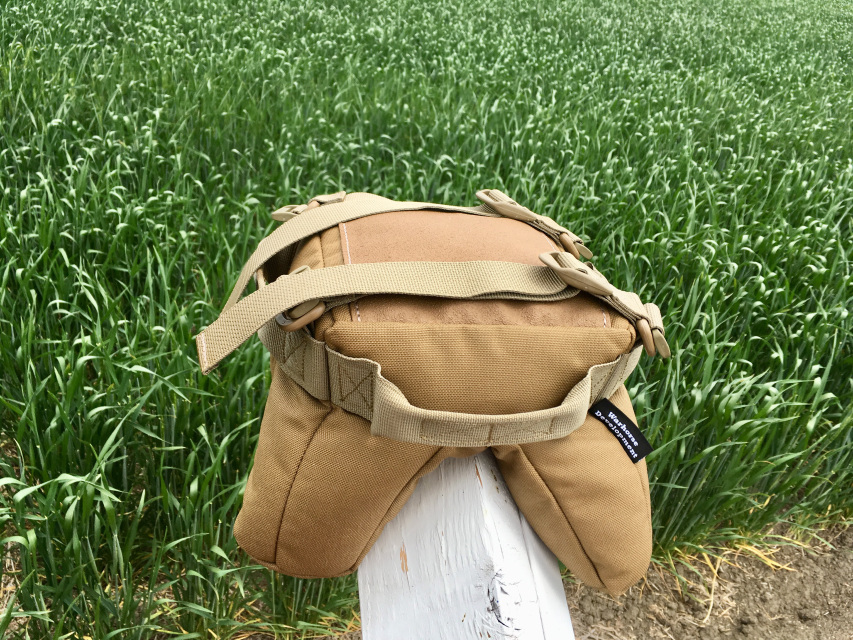 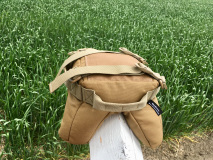 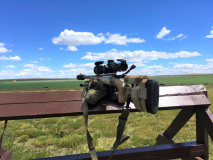 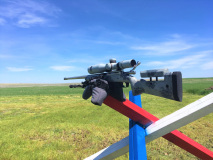 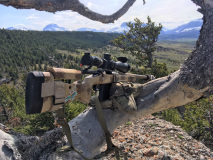 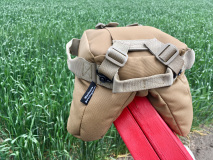 Clede was a Special Forces horse used by ODA 595, 3rd BN, 5th SFG, Mission Code: Tiger02. Their task was to overthrow the Taliban. Clede was part of what would become Task Force Dagger. We have it on good authority that Clede was the only horse worth a hoot. To honor that horse and those men we are proud to introduce Clede to our line up of amazing shooting support field bags.

The Clede Field Bag hits the in between on size and weight versus the world famous Saracen and Comanche bags. Sometimes the Saracen is too big and sometimes the Comanche is too small. Clede is in the Goldilocks Zone of the field bags.

All our field bags come with a non-slip top and the ability to attach straps. Clede is offered in two versions; Regular and the Yaga Edition (so named by a SF friend of ours, Baba Yaga). The Regular version has a nonslip top that is backed by 1000d cordura and little tabs for the straps (included). The Yaga Edition has a Kevlar fabric sandwiched between two tough layers of Neoprene as its entire top and as the bottom piece underneath the bag, qd mounts, and a special qd strap with the neoprene/kevlar fabric in the center of the strap. This strap system allows for less rolling during movement and is a great way to hold your binos if quick movement is needed.

We are also offering the new Git-Lite fill as a selection for the Clede. It takes the bag from 4.75 lbs to 2 lbs. Ounces make pounds, pounds make pain.

Add to Cart
​LIMITED LIFETIME GUARANTEE
WE WILL FIX OR REPLACE YOUR BAG FOR LIFE!  ALL OF THE PRODUCTS MADE BY WARHORSE DEVELOPMENT LLC ARE HANDMADE, BY A MARINE VETERAN IN MONTANA.  WE WANT TO MAKE SURE YOU ARE 100% SATISFIED.

RETURN AND REFUND POLICY
IF YOU ARE UNSATISFIED WITH YOUR WARHORSE DEVELOPMENT LLC PRODUCT OR IT JUST WASN'T QUITE WHAT YOU WANTED, YOU CAN RETURN IT TO US WITHIN 14 DAYS.  WE WOULD ASK YOU TO TELL US WHY SO WE CAN IMPROVE OUR PRODUCTS.

SHIPPING AND FULFILLMENT
DUE TO THE HIGH VOLUME OF ORDERS LEAD TIMES ARE AT LEAST 4 WEEKS.  YOU MAY GET LUCKY AND GET SOMETHING SOONER BUT PRODUCTS ARE MADE TO ORDER.  WE WILL CONTACT YOU PERSONALLY TO TALK ABOUT THE TIMELINE FOR YOUR ORDER IF IT IS GOING TO BE MORE THAN 4 WEEKS.

Git-Lite Premium Shooting Bag Fill-
Same Stability, Significantly Less Weight
Lose weight in your shooting bags, but not stability!  Finally a bag fill that does both - dramatically drops the weight of your shooting bag without decreasing the stability.

We've been taught that weight = stability.  This is not necessarily the case.  Bead rigidity, flow rate, and how quickly and tightly a fill packs - are all much more important factors.

Now, not only can competitive shooters carry lighter weight shooting bags, but it makes sense for the Military, LEO, and hunters to carry a shooting bag to significantly increase accuracy.