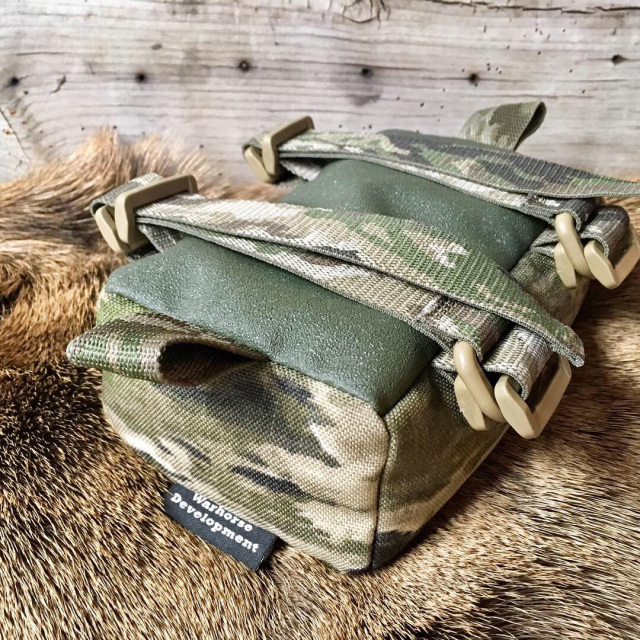 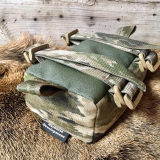 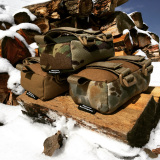 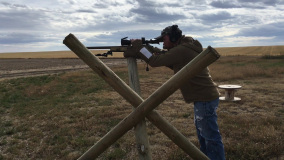 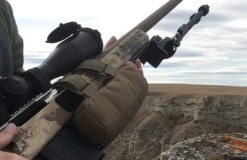 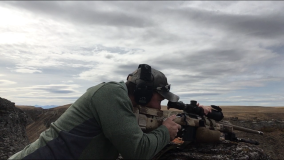 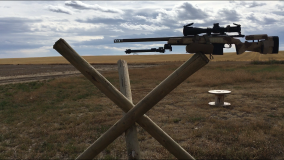 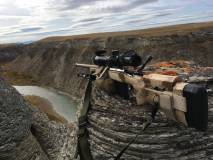 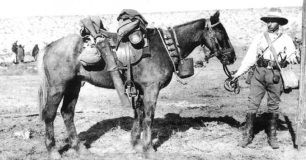 Taffy was an Australian war horse from the famed Australian Light Horse Brigade. A "Waler" and their rider were considered a team and working together was vital to the success of the overall unit. Taffy and his rider Corporal Austin Edwards served in the Middle East during World War I. During the Battle of Romani, Corporal Edwards was wounded. Taffy stood still under fire so his team mate could remount, proving the training and love that was shared between rider and mount.

Charge for the guns!” he said.

Into the valley of Death

(I love the poem, as most military men do, even though the history on this poem was for a different outfit during the Crimean War in 1800's. It still fits. Those Aussies went through some hell).

The Taffy Field Bag is a minimalist bag. It can strap on to the front of your rifle with the included straps. The non slip material that is on the two largest surfaces of the bag give your rifle strong purchase on nearly any surface and the nonslip surface strapped against the rifle helps give even more friction between the rifle and its obstacle making for a steady platform. When using it as a rear bag just pop the D-ring toggles and the straps are already set for your rifle making it easy to to re-attach when the need arises.

Taffy is 7 inches long, 4 inches wide and 2.5 inches thick. It weighs about 1 lb 13 oz with our standard fill. The velcro opening makes it easy to adjust or change out your fill. Making the Taffy a customizable piece of kit to suit the shooter.

RETURN AND REFUND POLICY
IF YOU ARE UNSATISFIED WITH YOUR WARHORSE DEVELOPMENT LLC PRODUCT OR IT JUST WASN'T QUITE WHAT YOU WANTED, YOU CAN RETURN IT TO US WITHIN 14 DAYS.  WE WOULD ASK YOU TO TELL US WHY SO WE CAN IMPROVE OUR PRODUCTS.

SHIPPING AND FULFILLMENT
DUE TO THE HIGH VOLUME OF ORDERS LEAD TIMES ARE AT LEAST 4 WEEKS.  YOU MAY GET LUCKY AND GET SOMETHING SOONER BUT PRODUCTS ARE MADE TO ORDER.  WE WILL CONTACT YOU PERSONALLY TO TALK ABOUT THE TIMELINE FOR YOUR ORDER IF IT IS GOING TO BE MORE THAN 4 WEEKS.
​Lose weight in your shooting bags, but not stability!  Finally a bag fill that does both - dramatically drops the weight of your shooting bag without decreasing the stability.

We've been taught that weight = stability.  This is not necessarily the case.  Bead rigidity, flow rate, and how quickly and tightly a fill packs - are all much more important factors.

Now, not only can competitive shooters carry lighter weight shooting bags, but it makes sense for the Military, LEO, and hunters to carry a shooting bag to significantly increase accuracy.
*Bags Purchased From BRINK EXCURSIONS May Come With B.E. Logo Pending Availability. ​